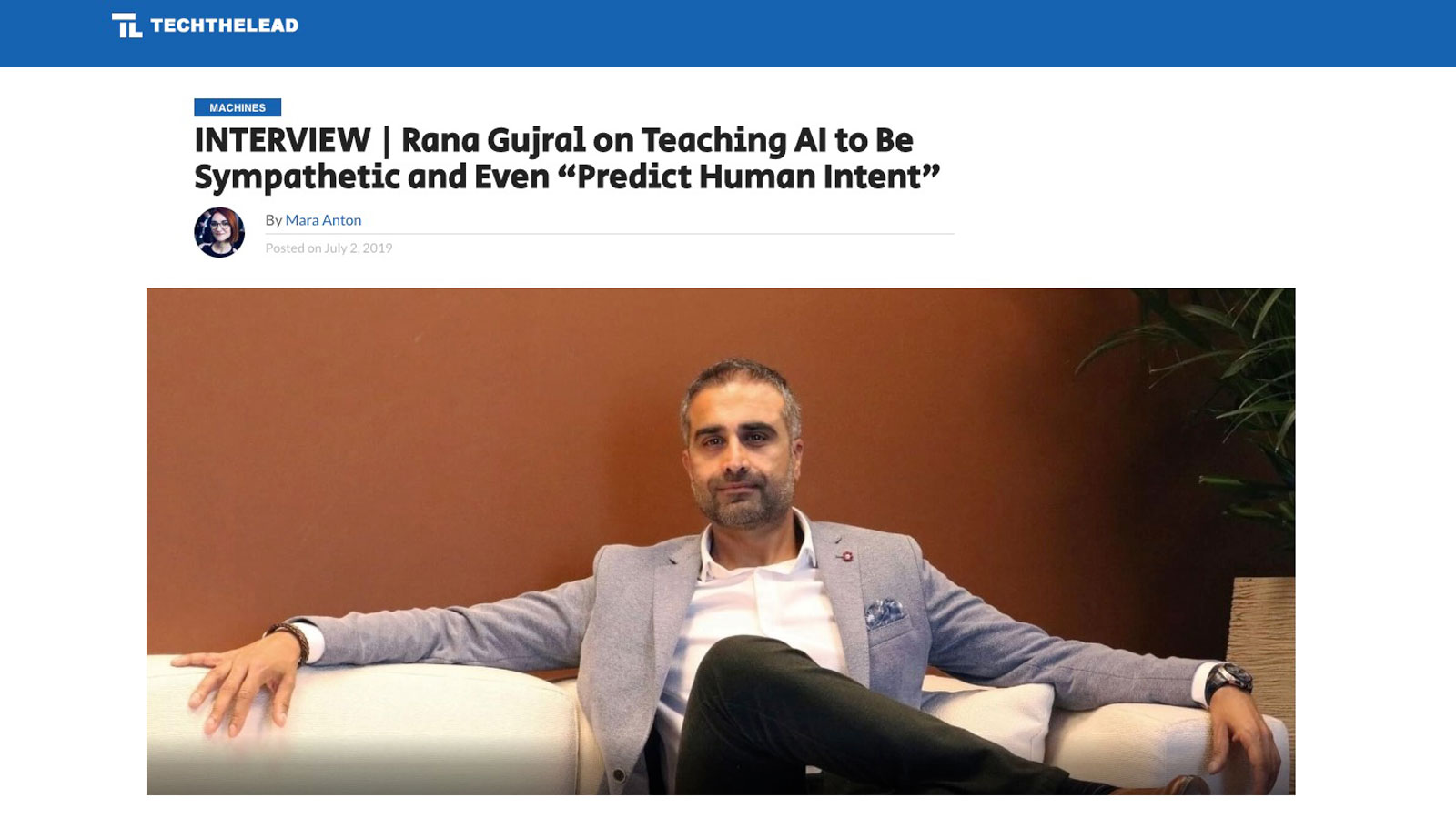 by Popi Paraschaki
in Press
Comments

Behavioral Signal’s CEO Rana Gujral was interviewed by Mara Anton for TECH THE LEAD on introducing emotional intelligence and empathy to machines, the necessity of doing so, and most importantly, the effects of it.

Gujral talks about what they do in the company, “Human emotions are what we are working on at Behavioral Signals. We are detecting and measuring human emotions from speech, in order to be able to help machines recognize them and hopefully predict what human needs. While empathy in machines may sound very futuristic, it is actually not.”

The conversation also covered other interesting topics, with Gujral explaining how emotion AI will make the difference and benefit industries in the area of healthcare by providing help both to patients and medical staff/ doctors. Consumers will experience a better interaction since voice technology is oriented to understanding how they feel and help them resolve issues or requests in an empathetic way.

During the interview they also discussed about privacy issues, trust and security, and how important regulations are in order to protect people’s privacy. Rana talked about his personal challenge to create meaningful value and shared his vision where “AI is not only intelligent but actually has a personality!”.