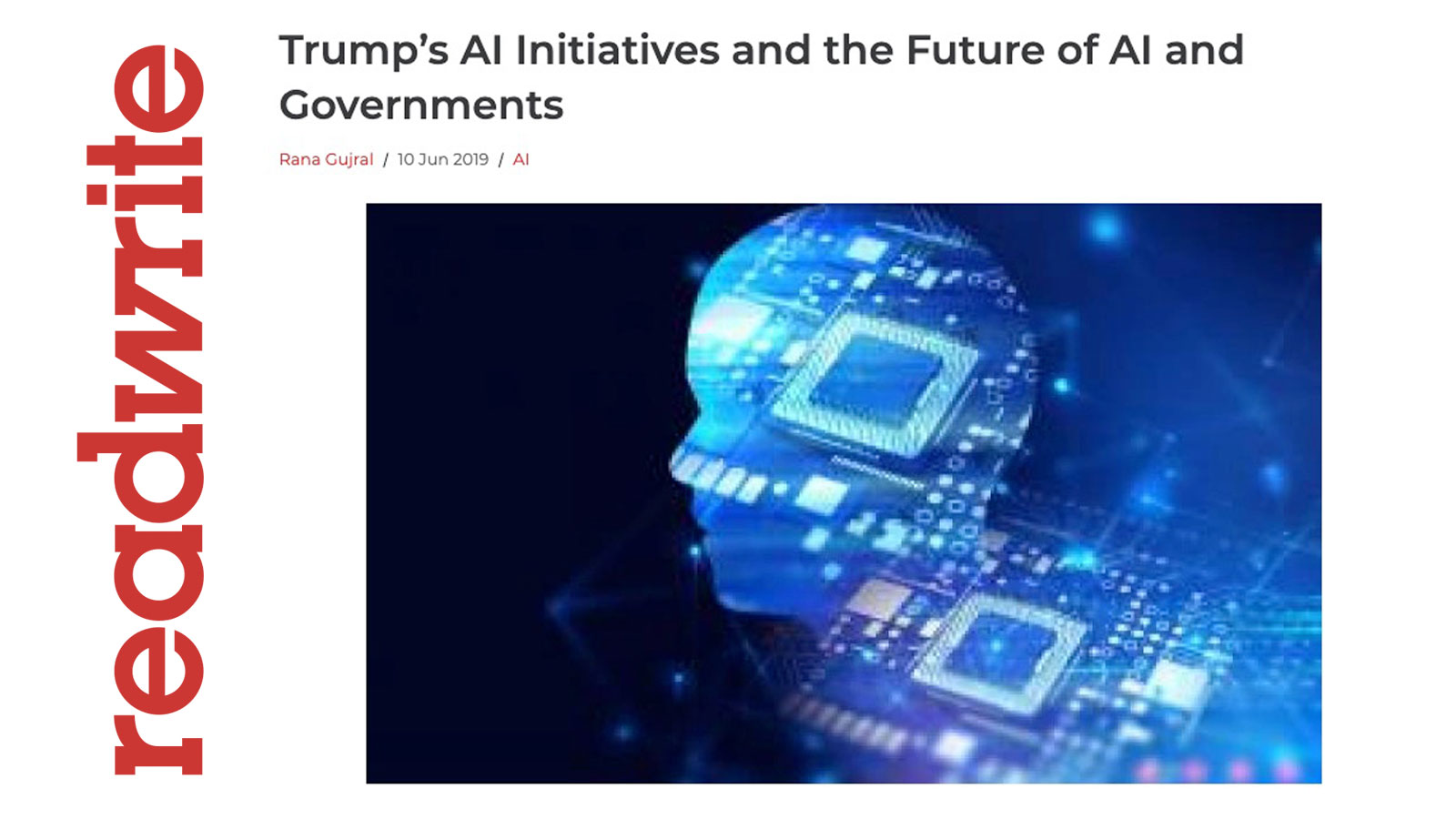 Trump’s AI Initiatives for the US

by Vicki Kolovou
in Press
Comments

Earlier this year, President Trump signed an executive order aimed at promoting the advancement of American AI technology. This announcement came as a surprise to many in the tech industry, but a welcome one. Some say the U.S. is falling behind the curve when it comes to investing in AI research and development.

Truth be told it is a race. All governments from the developed countries understand that if they fall behind in the race they will have to rely on others for technology infrastructure and services. AI will have a significant impact in life, make things much easier and cost effective. It also gives the opportunity to countries that never had invested in the heavy industries to catch up and play a significant role. In so many ways this race creates a level plain for everyone to participate, and the balances of AI power, when it comes to States, can balance anywhere. Our CEO, Rana Gujral, writes in readwrite about Trumps AI announcement but also what he believes should be done if America wants to catch up.

Read about President Trump’s executive order and Rana Gujral’s on what must be done on readwrite.